Pushing Cloud Gaming to the Next Level

Boosteroid is a cloud gaming service for users of all levels. The platform is based on video streaming technologies, with streams launched on remotely located Graphics Processing Unit (GPU) servers, allowing end-users to receive interactive video streams in the real-time mode. With software development and other technical issues handled in Kyiv, the capital city of Ukraine, Boosteroid's holding company has offices in seven countries and is headquartered in Dubai. 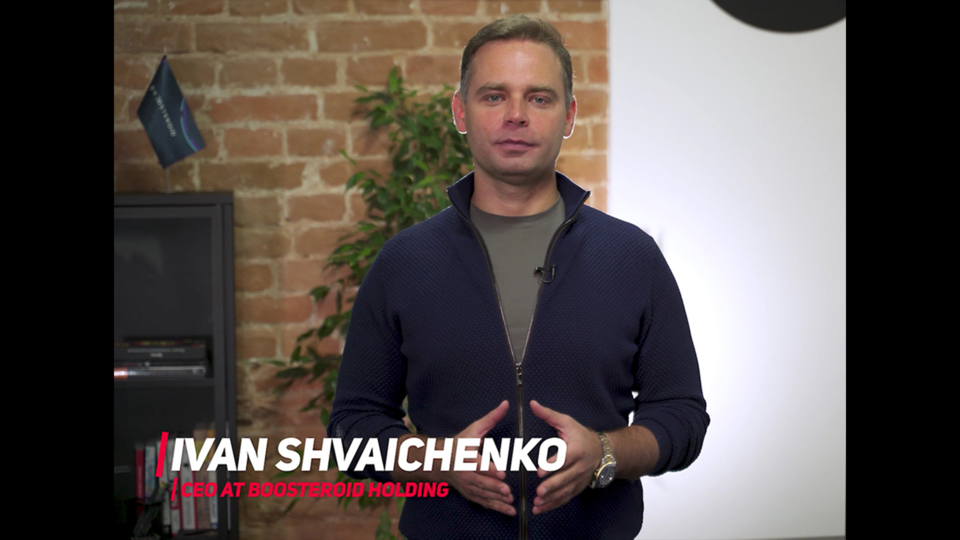 Put simply, Boosteroid allows anyone to enjoy the most demanding video games on any device they already own, eliminating the need to buy expensive gaming computers. As such, it is one of the leading cloud gaming providers in Europe, with dedicated GPU servers deployed in most European countries.

Even though 2020 was a challenging year for most companies, Boosteroid's business continued to expand and a total of seven new locations were launched: two in France and one each in Romania, the United Kingdom, Italy, Spain, and Slovakia. Initially, the Italian site was planned for much further down the line, but Boosteroid had to launch it earlier given a massive surge in the number of Italian subscribers. Committed to always being attentive to its audience, Boosteroid is already planning its expansion to new regions very soon, including Europe, the Middle East, Africa, Latin America, and the Asia-Pacific region. The signs are very clear: the demand for cloud gaming is growing across the world.

Rapidly Scaling Services Around the World

The main challenge that cloud gaming encounters is poor Internet quality, resulting in packet loss during transmission. Well aware of this obstacle, Boosteroid has already finished beta testing of its native application for multiple types of devices, which reduces packet loss by an impressive 50–60%.

Already commercially profitable, Boosteroid is close to two million registered users, eager for new features, special offers, and updates to the platform itself. In order to meet the expectations of these users, the company is constantly improving its technology and has developed a range of custom software tools that help reduce latency, enhance image quality, and ensure the best cloud gaming experience possible.

Of course, many of the challenges faced in 2020 were connected to the outbreak and spread of COVID-19. Boosteroid's team were unable to travel and directly manage the delivery and installation of servers, for example. Yet, the quality was maintained through extremely close online contact with onsite data center engineers during deployment in different countries.

Taking a macro, global view, the cloud gaming industry is dynamic and its constant changes keep Boosteroid on its toes as it works hard to remain one of the leading cloud gaming providers in the market.

Boosteroid was looking for a vendor that would be able to meet its needs in terms of scaling speed and volumes. After conducting twelve months of rigorous testing, Boosteroid finally chose its preferred hardware vendor — Huawei — one able to meet every requirement. Boosteroid and Huawei stand together at the edge of technology: Huawei helps design custom hardware solutions and supports every standard and non-standard request that Boosteroid has.

Huawei has provided reliable network equipment that offers ultra-low latency, which is extremely important for Boosteroid's service since the speed of data traveling from the company's servers to the end-user defines the cloud gaming experience. Boosteroid selected Huawei's HiSecEngine USG6600E series next generation firewall plus CloudEngine 6881, CloudEngine S6730-S, and CloudEngine S5735-S series switches.

In addition, together with Huawei, Boosteroid designed and configured a custom-made GPU server to satisfy every user’s needs. After conducting many rounds of thorough Proof of Concept (PoC) tests, it was determined that the Huawei FusionServer Pro G5500 Data Center Heterogeneous Server could serve as the new hardware platform for Boosteroid's expansion.

Looking ahead, Boosteroid is working together with Huawei and several big game developers and publishers on a cloud gaming solution of the next level, combining a film, a video game, and a streaming solution with controllers, to create next generation interactive entertainment. Such a solution will truly lead the industry's development, with users able to alter the plot of a TV show or their favorite movie, just as they do in video games. This would represent a sea-change for the entertainment industry and beyond.

Boosteroid has been in active cooperation with Huawei for three years, with the latter offering rapid support whenever required. With employees of both companies having become good friends, to strengthen the partnership, a Memorandum of Cooperation (MoC) was signed at Boosteroid's office in Kyiv on September 1, 2020. "Working with Huawei is an honor for us as Huawei is the world's leading technology company," said Ivan Shvaichenko, CEO at Boosteroid Holding. Indeed, Huawei has helped the company communicate with some of the world's biggest telecom companies and joint products are to be launched soon on a near global scale. With Huawei as a partner, Boosteroid has established a solid market presence and has even more ambitious plans for the near future, safe in the knowledge that Huawei has a proven track record of delivering customized, cutting-edge technology solutions for the company.

Boosteroid and Huawei share common goals and, with the latter's technical help, the aim is to provide cloud gaming for 100 million users worldwide in the years to come.