The renowned Lijiang River scenic area attracts millions of visitors annually and poses a challenge for the police who maintain public safety along the river’s 52-mile (83 km) length. This geographically diverse area is under the administration of the Guilin Municipal Police Department of Guangxi Province, China. The department needs to coordinate with other government agencies to handle issues ranging from over-fishing and unsafe watercraft to emergency rescues.

An understaffed police force and lack of real-time monitoring have limited the ability to protect both public safety and the environment. Overcrowded rafts and swimming in unsafe areas lead to about 30 drowning deaths per year, and illegal fishing depletes fish stocks and unintentionally kills juvenile fish. Panhandling is a pervasive problem.

To handle these issues, Lijiang police needed a broadband communication system that could transmit voice, video, and data services. The goal was to improve communications among police officers and with personnel of other agencies as well as support video surveillance of remote areas.

Setting up the communication system was a challenge because of the difficult terrain and the need to support patrol boats all along the river. Both wired/fiber networks and wireless networks were hard to deploy because the river flows through numerous caves and around the area’s famous limestone peaks. Further, Worldwide Interoperability for Microwave Access (WiMAX) could not provide the high-speed mobility required for patrol boats.

To cover the entire river, Huawei developed a multi-service network with 20 small LTE base stations. Each base station covers a 3 mile to 4.3 mile (5 km to 7 km) radius. Huawei also installed an LTE broadband trunking system on a boat that acts as a mobile command center. The LTE network supports a video surveillance system that includes HD day/night cameras for live, 24/7 monitoring. 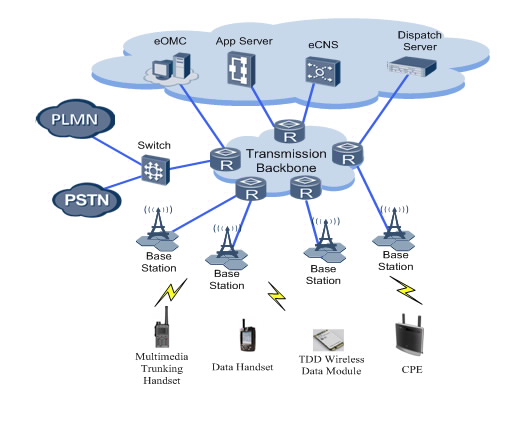 Huawei’s eLTE communication solution has provided a variety of benefits for the Lijiang police and visitors to the scenic area: