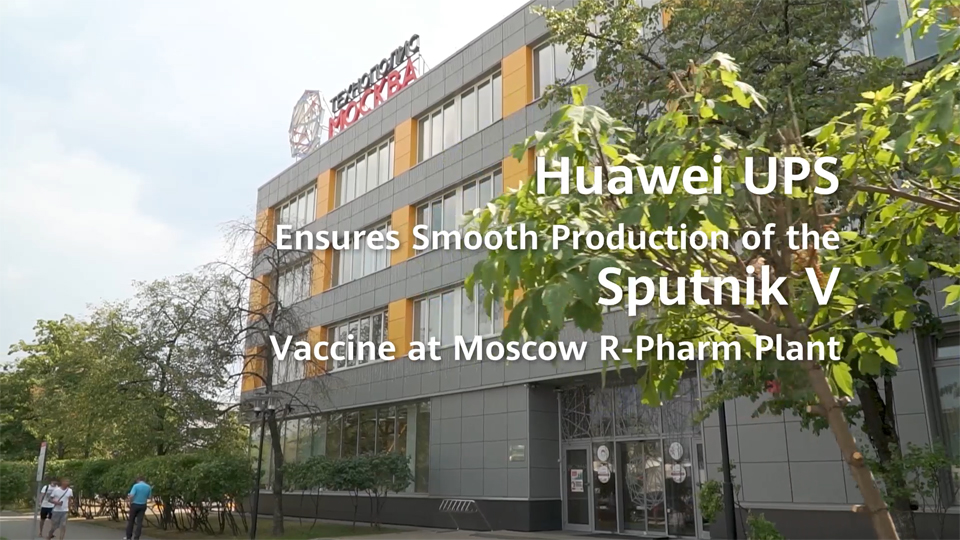 Vaccine development is a challenging and time-consuming process, with a typical development time of 8 to 10 years. The threat from the rapid spread of COVID-19 made such a timeline untenable, however, and it quite literally became a race against time for scientists to develop life-saving vaccines that could begin to bring the pandemic under control. Remarkably, 170 vaccine candidates were developed in just 10 short months, and Russia's first national vaccine — Sputnik V — was announced as early as August 2020.

The vaccine was then officially launched a few months later, on January 1, 2021, and is currently registered in 70 countries.

The pharmaceutical company behind the initiative — R-Pharm — needed to ensure a stable supply chain for such a critical resource. With the support of the Moscow government, the company built a new manufacturing plant in the capital city at a cost of RUB10 billion, with the technical implementation of the project carried out by two companies: Timlis and Torgdomservice. The facility quickly came online and began to operate at maximum production capacity, providing up to 10 million doses per month.

A reliable power supply was paramount for such a massive operation. Even a brief power outage might lead to equipment failure on the production line, potentially rendering entire batches of vaccines unusable. Therefore, Uninterruptible Power Supply (UPS) equipment had to meet the highest standards for reliability and stability.

For R-Pharm, time was of the essence for the construction of its new production facility. It needed to procure and deploy equipment within a single month, yet the design, delivery, and commissioning of such a complex production plant typically take around three. And under the chaotic and uncertain conditions of the pandemic, the task became even more complicated.

There was another problem, too: the amount of space available for the UPS systems was extremely limited. R-Pharm obviously wanted to allocate as much space as possible for pharmaceutical equipment that produces the vaccines. However, traditional UPSs and lead-acid batteries widely used in the market have a large physical footprint, potentially taking up valuable production space.

After conducting extensive research and a series of studies, R-Pharm opted for Huawei's solution. Comprised of modular UPSs and long-lasting Lithium Iron Phosphate (LFP) batteries, this solution offers high reliability, security, and simplified maintenance. It has a proven track record, too, with successful deployments in a number of large industrial plants with continuous circulation, a major factor behind R-Pharm's decision to choose Huawei.

UPS5000-H, a core component of Huawei's solution, adopts fully redundant architecture with no Single Point of Failure (SPOF), ensuring that the failure of a single module does not lead to more failures or shut down the entire UPS. Meanwhile, the stability of the system is ensured by LFP battery cells, which can last for 10 years without the need for regular maintenance. UPS5000-H also offers extremely high power density: a 100 kWA power module is only around 13 cm or 3U in height, but has a power density that is two to three times higher than the traditional UPS power modules of competitors. As such, UPS5000-H cuts the physical footprint in half, compared to a traditional system, leaving more space to house vital pharmaceutical equipment.

In addition, both UPS5000-H and SmartLi batteries are fully modular. Faults can be easily rectified within 5 minutes without affecting performance during maintenance.

Huawei recognized the urgency and importance of R-Pharm's needs and mobilized its entire supply chain resources to ensure that the new UPS was delivered within just one month of the order being placed, helping R-Pharm meet its ambitious goal.

"Right now, we have a way to bring the world back to normal and out of the COVID-19 pandemic, by ensuring there is an adequate supply of vaccines," said Vitaly Salmin, Chief Energy Officer of the Sputnik Technopolis plant. "During the construction of the vaccine plant, we saw first-hand Huawei's innovations in the field of power supply, as well as their sincerity and desire to help in the implementation of such an important project for all of us. In the future, we look forward to continuing to work with Huawei, as we all have an interest in defeating the pandemic as soon as possible."

"For Huawei, participating in this project is more than just an opportunity to demonstrate the effectiveness of our technologies," said Xiao Haijun, Chief Executive Officer (CEO) of Huawei Enterprise Eurasia. "Increased production of the Sputnik V vaccine will help to save the lives and improve the health of millions of people, both in Russia and around the world. We are very proud to play a role in achieving this great goal. This is a testament to the trust R-Pharm and the Moscow Government have placed in Huawei and we will always do our very best to justify their faith."