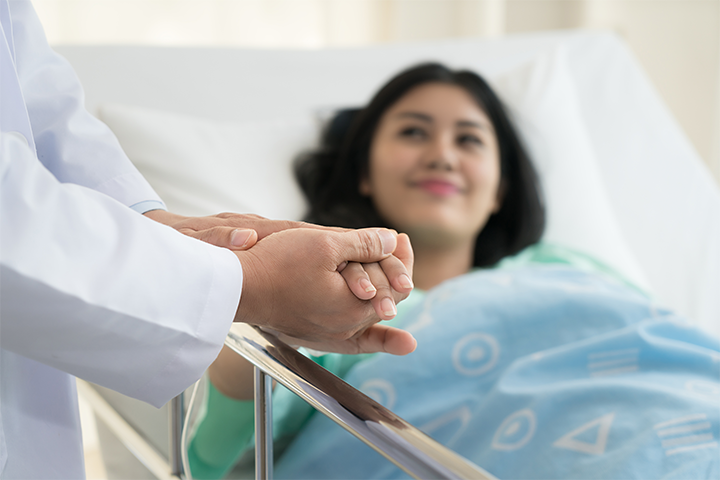 CSS Insurance, based in Switzerland, is a century-honored commercial insurance organization established in 1899. CSS is the second biggest medical insurer in the country. With over 120 branches and reported an income of 5.1 billion Swiss francs in 2012, the organization currently insures 1.73 million customers and 18,850 companies. CSS is quite pleased with these business developments. However, there was one person who felt the pressure. That individual was Michael Tschuck, the Head of Backup and Recovery Processes. Mr. Tschuck has worked at CCS for quite some time, overseeing the data consolidation initiative and deployment of the first all-flash array. He was also dealing with service performance bottlenecks.

Increasingly, more customers are choosing CSS for their medical insurance needs. The expansion in business meant the data centers at the organization had to process higher volumes of each service every day (such as policy creation, query, claims submittal, and tracking). During the second half of 2012, some technical problems started to show up. CSS employees, insurance brokers, and customers were all experiencing slower access to systems during peak hours.

Service Acceleration a Must

Data consolidation has become an essential undertaking in the financial and insurance industry. Consolidation of business data like customer files, insurer data, premium payments, and claims in the data center at headquarters allows the organization to improve operational efficiency, reduce risks, raise service levels, and lower total costs of IT.

Although consolidating data brings many benefits to insurance companies, several technical challenges arise, such as achieving the proper levels of Disaster Recovery (DR), information security, and response speed. The rate of response has a direct impact upon operational efficiency and customer satisfaction, which makes this item a priority for CIOs at insurance companies. CIOs have been trying to improve response times at their data centers through a variety of means for quite some time now. Insurance companies mainly had focused on databases in order to enhance the Input/output Operations Per Seconds (IOPS) performance of storage devices.

Mr. Tschuck confirmed that CSS Insurance had completed its data consolidations early on. Two data centers in Lucerne support their business throughout the country. As the second largest medical insurer in the country, CSS fully understands the significance of rapid data processing to its business, which is precisely why the organization focused on technical innovation of the IT systems. In 2009, CSS purchased its first set of all Solid-State Disk (SSD) arrays to handle the growing traffic at its data centers. The arrays were used to help accelerate storage services for core application systems. Thus, CSS is considered an early adopter of all-flash systems.

Over time, the capacity of IT systems could not keep up with such rapid business development. This became a serious concern for the organization. Mr. Tschuck, led a team to investigate the matter and found that the main reason for the slowdown was that the all-flash arrays handling the mission-critical services were limited to 150,000 IOPS, which was insufficient during peak hours. According to the IT Department at CSS, estimates based on the current pace of development from core business systems would require 300,000 IOPS in performance to satisfy requirements for the next three to five years.

In addition to performance issues, Mr. Tschuck and his team also noted capacity issues in the existing system. The number of customers that CSS Insurance served continued to grow, resulting in higher volumes of data being generated. Additionally, the company was simultaneously introducing new products, which also raised requirements for high-speed data and storage services. The all-flash arrays which were placed online in 2009 only offered 5 terabytes of capacity and could not support cascaded expansion efforts. The system had reached its maximum capacity after several expansions. Consequently, CSS needed to procure an all-flash array with better scalability.

Perfect Mix of Performance and Capacity

Mr. Tschuck began the search for a new solution. With all the choices available, sifting through the offerings and finding the right one was a rather long and involved process. He considered the possibility of adding to the existing equipment. He also had to consider how much performance would be needed to satisfy requirements for several years into the future. He had ongoing discussions with Infoniqa, the integrator for CSS, and ultimately decided to purchase new all-flash arrays from Huawei to replace the existing system.

Infoniqa initially recommended two vendors and started testing. Mr. Tschuck stated: “The equipment from the first supplier failed to pass the stress test. When IOPS increased to more than 300,000, latency rose significantly. As a result, that product was eliminated. The equipment from the second supplier passed the stress test but scalability left a lot to be desired. CSS would have to purchase another set of equipment to satisfy foreseeable capacity requirements, which would entail additional investments.”

Mr. Tschuck continued to be troubled in terms of how to solve this matter. Infoniqa started to take notice of the Huawei Dorado all-flash storage systems — capable of 600,000 IOPS in performance while keeping latency down to a low and stable single millisecond. Dorado also achieved 40 terabytes of capacity, enough to meet future CSS requirements for years to come. Infoniqa recommended the Huawei all-flash array for testing.

Mr. Tschuck was hopeful yet skeptical; he was concerned about product stability. After nearly two months of stress and functional testing, he was fully convinced regarding the stability of Huawei’s all-flash storage systems, which enabled the largest in-class storage capacity with wide-open scalability capabilities.

CSS insurance decided to buy three sets of Huawei all-flash devices (with initial capacity of 10 terabytes) to revamp its existing storage system. One set would be deployed at each production data center in support of core services. These sets would replace the two existing sets of all-flash arrays. The third set would be used to perform functional testing for new services.

In September 2013, CSS Insurance rolled out the Huawei all-flash storage systems. Now, the accelerated systems relieve CSS Insurance of its various IT constraints. As business continues to grow, IOPS performance increases linearly. Systems are able to maintain rapid and stable response, effectively improving the efficiency at data centers. As a result, both productivity and customer satisfaction improved. The Huawei solution was able to solve all pressing issues while ensuring overall affordability at the architecture design level. The built-in linear increases in scalability and performance allow CSS to make the best use of its IT budget both now and in the future. Find out how Huawei can also help you make the best use of your limited IT budget with wide-open scalability to grow with your business.

“In terms of performance, Huawei’s all-flash storage systems are comparable to that of another vendor. However, when it comes to scalability, more nodes and cabinets are added to the Huawei systems instead of having to stack more systems. This linear scalability is exactly what we needed!” — Michael Tschuck, CSS Insurance, Head of Backup and Recovery Processes